Migraines The 3rd Most Prevalent Condition In US 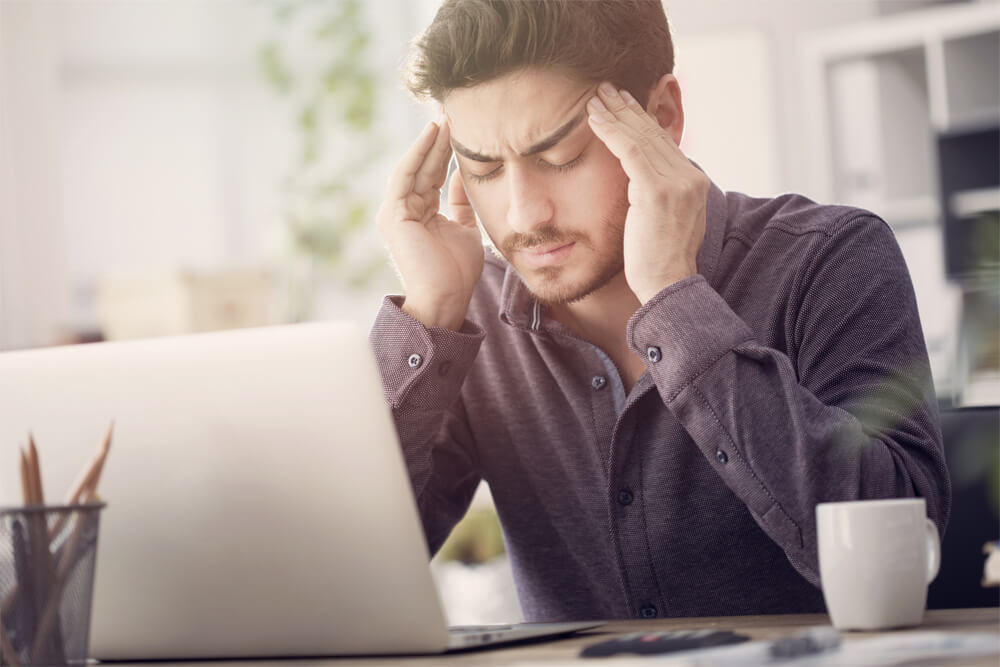 Migraines are the third most prevalent illness in the world. And, according to the Migraine Research Foundation, nearly one in four U.S. households includes someone who suffers from migraines.

Dr. Manisha Sahay, general neurologist, sees patients at multiple locations. She treats all neurological conditions, including neurodegenerative diseases such as dementia and Parkinson’s disease, epilepsy, and neuromuscular diseases such as neuropathy and myopathy. However, migraines are one of the most common illnesses she sees day-to-day.

“They affect the quality of life for both women and men in this country,” Sahay says. “There are a lot of dollars lost because people can’t go to work when their migraines are so debilitating. So, migraines are definitely a huge part of our practice and something we focus on quite a bit.”

Patients report a severe throbbing pain or a pulsing sensation, oftentimes accompanied by nausea, vomiting and extreme sensitivity to light or sound.

“We look at each patient individually and try to come up with a treatment plan that’s best,” Sahay says. “Every patient is unique. I have a family that sees me for migraines, and the way the mom experiences them is completely different than her daughter versus her son, and each one has their own treatment plan.”

As a sub-specialist in women’s neurology, she notes that migraines affect her female patients more often than men.

“We don’t know why migraines affect women more often than men, but it’s clear there’s a female predominance,” Sahay says. “A unique perspective I put into my practice is taking into account the lifespan of a woman and the changes she’s going through.” 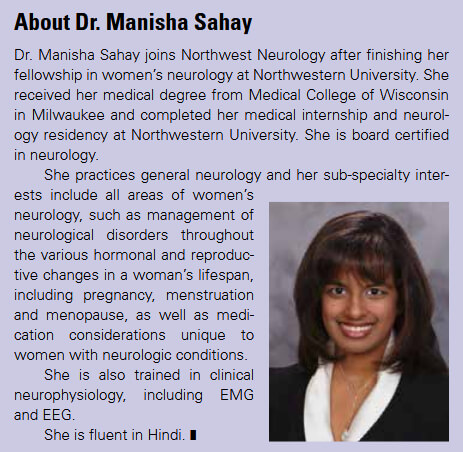 “Women go through a whole host of changes throughout their lifespans, from menstruation through pregnancy, perimenopause and postmenopause, so, as far as treatments go, you have to take that into account,” Sahay says. “If I’m seeing a 20-year-old woman with migraines, for example, and eventually she’s going to want to get pregnant, I take that into account when making decisions as to what medication to put her on. Or, if she’s on birth control, I don’t want to put her on a medication that interacts with her birth control and renders it to be less efficacious. So, that’s how men and women are different when it comes to treating migraines.”

Though Sahay sub-specializes in women’s neurology, she also treats men. Many of her patients are of Asian-Indian descent, as she is fluent in both English and Hindi.

Besides migraines, she most commonly treats epilepsy in her practice. She is trained in clinical neurophysiology, which
means she can perform and interpret electrophysiological studies. That includes electroencephalography (EEG) studies and nerve conduction and electromyography (NCV/EMG) studies.

“I read EEGs for patients who we’re concerned may have epilepsy,” Sahay says. “Then, I also do EMG studies, which basically is looking at the peripheral nervous system (your muscles and nerves) and trying to determine if the patient has neuropathy, myopathy or maybe a pinched nerve in the spine called radiculopathy. Both EEGs and EMGs are diagnostic tools that I can use to provide a comprehensive review before pursuing
treatment.”

Regardless of what illness Sahay is treating, her goal is to lead with compassion. She gains inspiration from both her patients and their families.

“I’m always so impressed by my patients, and their families, who show such resilience and strength during treatment,” Sahay says. “That’s been the biggest impact that my patients have had on me.”