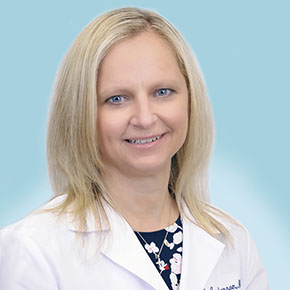 Daniele M. Anderson, M.D. was born and raised in the northwest suburbs of Chicago. She graduated from Rolling Meadows High School in 1987. She received a bachelor’s degree in biomedical engineering from the University of Southern California in Los Angeles. While there, she met her husband, as they were both members of the USC Trojan Marching Band. (Fight On!)

She completed her neurology residency and neuromuscular/EMG fellowship at the University of California San Diego in 2002 and then joined Northwest Neurology.

Daniele M. Anderson, M.D. lives in the northwest suburbs with her husband and four daughters.