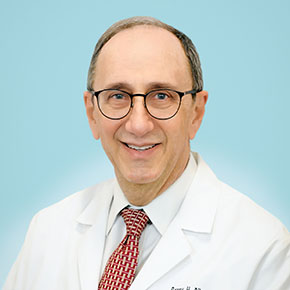 Barry Bikshorn, M.D. was born in 1957, and raised in the Chicago area. He is a graduate of Washington University in St. Louis, and received his medical degree from Rush Medical College in Chicago. Dr. Bikshorn did a medical internship at Northwestern Memorial Hospital and then returned to Rush to complete his neurology residency.

Barry Bikshorn, M.D. has been practicing at Northwest Neurology since 1987. Dr. Bikshorn is Board Certified in Neurology and he practices general adult neurology and enjoys seeing patients with a wide range of neurological conditions. Dr. Bikshorn is the Director of the Stroke Program at Advocate Good Shepherd Hospital.

Dr. Bikshorn lives with his wife and two children in the Northwest Suburbs.