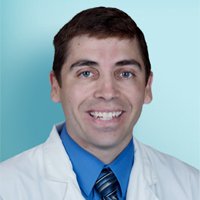 Andrew R. Grover, PA-C. is a native of Wisconsin. He completed a Bachelor of Science at the University of Wisconsin – Madison, and then moved to Illinois to attend Physician Assistant School in 2008. Andrew received his Physician Assistant Degree from Rosalind Franklin University of Medicine and Science in 2010. He worked in pain management for a few years and during that time acquired a strong interest in neurology. He currently is practicing all forms of general neurology, but has subspecialty interests in polyneuropathies including Guillain Barre as well as epilepsy and seizure disorders.

Not an outpatient provider - he covers hospitals