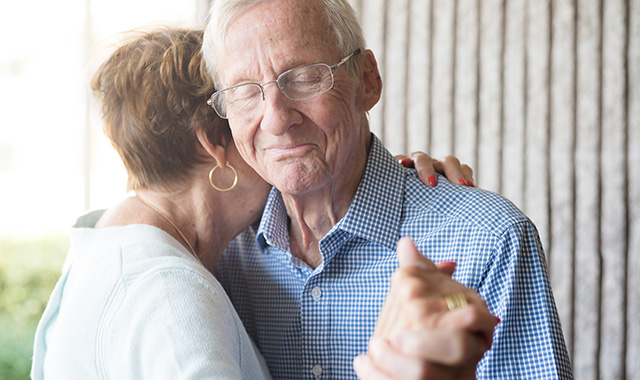 Researchers are continuing to search for new information about dementia. Dr. Malgorzata Bach from Northwest Neurology provides insight into the disease and reveals what she’s learned over the past year.

When our nervous system is healthy, it successfully orchestrates our ability to function. But when it’s diseased, the results can be devastating.

A diagnosis of dementia means a person can lose their entire life experience and skill set at an alarming pace. Patients forget details such as their date of birth, their child’s name, or even their own name. The idea of treating this disease was appealing to Dr. Malgorzata Bach, so, after she earned her medical degree from Jagiellonian University in Krawkow, Poland, she moved to the United States to complete her neurology training and fellowship at the University of Wisconsin – Madison.

While she received her education, the statistics for dementia became more and more alarming.

That’s because age is the greatest risk factor for developing dementia, Bach explains. As baby boomers advance into their late 60s and older, they become more likely to develop neurodegenerative diseases.

While genetics and family history are other large risk factors for developing dementia, Bach says people can lower their risk by managing their physical health. Controlling high blood pressure, obesity and diabetes can actually help to prevent dementia.

“The heart and brain are very much connected,” Bach explains. “At the Alzheimer’s and Patient International Conference held in Chicago last July, they revealed results from this big study called the Sprint Mind Trial. It indicated that keeping your systolic blood pressure below 120 when you are in your 60s would reduce the decline of your cognitive functions in four years by 19 percent. So, there’s scientific evidence that reducing your cardiovascular risk factors can actually impact your cognitive function.”

Dementia is an umbrella term that describes difficulties with memory, language skills and cognitive ability, Bach explains. Alzheimer’s disease is the most common, accounting for 80 percent of dementia patients.

In some cases, components of dementia may be reversible or treatable, Bach says.

“For example, depression or thyroid problems may alter someone’s brain function, and they may appear to exhibit symptoms of dementia,” she explains. “So, if you correct these problems, the issue may resolve.”

But currently, most cases of dementia are irreversible.

“It’s not difficult for neurologists to detect dementia, especially if it’s more advanced, but determining the cause of the dementia and treating it can be much more challenging,” Bach says. “It’s very important to interview a family member frequently, since patients with cognitive impairment may not be aware of their problems or difficulties. We also need to utilize extension tests, such as special blood tests, brain images or lumbar punctures to do diagnosis and treatment.”

In Bach’s experience, these services aren’t always widely available. But fortunately, the tools she’ll need to diagnose and treat dementia are available at Northwest Neurology, where she begins working this February.

“I once had a patient who would call the police because they didn’t recognize their spouse,” she adds. “Giving family members resources can help them to avoid resentment when scenarios like this happen.”

Bach says there is a nationwide goal to establish more definitive treatment for Alzheimer’s disease by 2025, led by the National Alzheimer’s Project Act.

“There are novel treatments in the works related to removing toxic proteins from the brain, but also slowing down the cognitive decline in early stages of dementia,” she says. “It’s exciting that new treatments may be just around the corner.”